Cordotomy is performed at the cervical level C1/C2, where the fibres of the lateral spinothalamic tract lie close together in the anterolateral quadrant. There is a somatotopic organisation with the cervical fibres located far anterior and the sacral fibres far posterior (Figure 1). The treatment is performed on the contralateral side of the pain.

During consultation prior to treatment, the entire procedure is extensively discussed with the patient. Attention has to be paid to: fixation of the head during the procedure, the unpleasant effects of stimulation of the spinal cord, and the possible length of time the procedure may take.

During the entire procedure, a nurse is always present to reassure the patient if necessary. A cooperative patient is necessary for controlling the placement of the electrode in the spinal cord. The radio-frequency lesion is performed with an (Levin) electrode with a thermocouple 2-mm uninsulated tip.

The patient is placed in the supine position, and the head is firmly fixed.

Under fluoroscopy, the lateral arch of C1 is projected as a line. In addition, the overprojection of both jaw angles and the external auditory canal serves as an anatomical reference. In this way, the space between C1 and C2 has maximum visibility and projection itself is an arrow shape with the tip directed ventrally.

The treatment is performed under sedation with ECG and blood pressure monitoring. First of all, a 20-G spinal needle is inserted into the subarachnoidal space between the first and second cervical vertebra. This needle is directed ventrally as far as possible. The position of the needle is checked by lateral fluoroscopy. When the cerebrospinal fluid is obtained, a mini-myelography with emulsified contrast (lipiodol with NaCl 0.9% 2:6, 1:1 or CSF after being thoroughly shaken) is performed in order to visualise '3 lines': the ventral side of the spinal cord, the ligamentum denticulatum, and the back of the dural sac. (Figure 2) 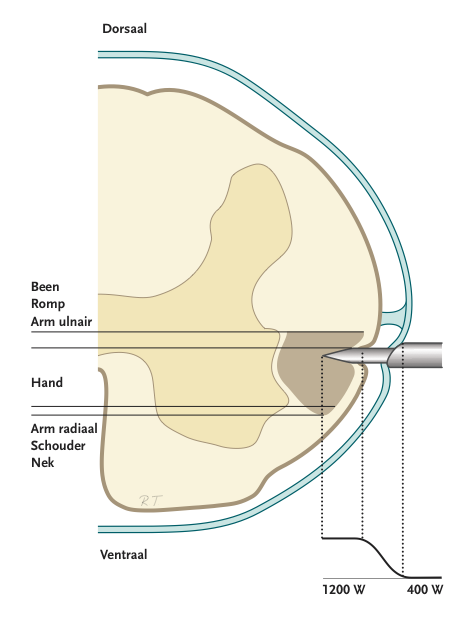 Figure 1. Final needle position in percutaneous cordotomy. Watch the rise of  impedance the moment the needle is introduced into the spinal cord.

Depending on the position of the needle, a choice can be made whether or not to introduce a second spinal needle. This second needle is introduced with a stilet 1-2 mm anterior to the ligamentum denticulatum, perpendicular to the spinal cord, where the lateral spinothalamic tract is located (Figure 1).

The (Levin) thermocouple electrode is inserted after removing the stilet, and is connected to the radio frequency generator. Then the tip of the electrode is placed freehand in the spinal cord while the impedance is measured. These values increase suddenly from150-300 W in the CSF to 1200-1500 W in the spinal cord. Frequently, a rubber-like resistance of the needle is felt. At that moment, sedation is discontinued. Stimulation at a frequency of 50 Hz causes contralateral thermal sensations (heat, burning or coldness) at stimulation thresholds  <0.1 V. These sensations must be felt in or above the treatment area. Preferably, no stimulation responses will be felt at a frequency of 2 Hz, 0.5-2 V of the ipsilateral trapezius and neck muscles (by stimulation of the anterior horn) or in the arms and legs (corticospinal tract). This can result in paresis if a lesion is made. 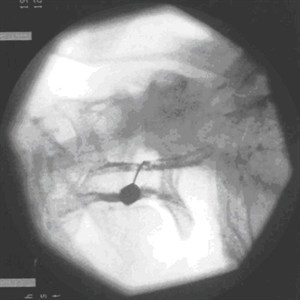 Figure 2. Positioning of the needle in cordotomy. After a myelogram has been performed,
the needle is placed vertically to the ligamentum denticulatum.

When these conditions have been met, the needle is correctly placed in the anterolateral quadrant and away from the corticospinal tract.

An RF lesion is applied for ten seconds at a temperature of between 80 and 90°C. The  contralateral analgesia is then checked by pinprick. The strength of the ipsilateral arm and leg is also checked between each lesion. Depending on the extension and intensity of the analgesic region, this procedure is repeated once or twice.

When there is edema in the spinal cord, side effects can occur, such as persistent or increasing pain. Regular monitoring of the patient's pain is a prerequisite for optimal treatment. Given the complexity of the pain syndrome and the risk of exposing other pain, it is advisable to adapt the pharmacological treatment according to the symptoms. Special attention must be paid to patients being treated with high doses of opioids. Rapid dose adjustment is often necessary in order to avoid respiratory depression.

Due to the location of the spinothalamic tract and the mutual relationship between the extent of the thermolesion and the spinal cord, there is a risk of damage to adjacent tracts. Reported complications are pareses (10%), bladder dysfunction (15%) or respiratory depression (10 %),17 and headache, neck pain and dysesthesia.

In some cases, these side effects become permanent. Moreover, it should be noted that previous masked pain can become symptomatic. Mirror pain (pain contralateral to the existing pain) can also occur. The incidence of these pain syndromes is between 9 and 63%. In case of bilateral cordotomy, there is a chance of major complications.