After the clinical diagnosis of cervical radicular pain has been made, confirmation of the most affected segment is carried out using diagnostic selective nerve root blocks. The patient is placed in the supine position on a translucent operating table. 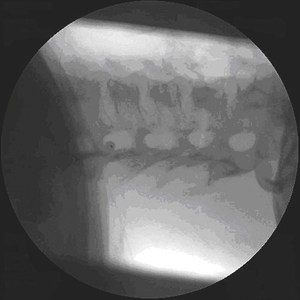 Figure 1. X-ray detection with the C-arm in the lateral oblique position. The needle is in the posterior caudal quadrant of the neuroforamen.

Then the direction of the beam is changed to the anterior posterior position, and the introducer needle is further introduced until the tip is projected just lateral to the facet column (Figure 2).

Figure 2. Cervical DRG procedure: needle is in the centre of the facet column in AP view.

When the segmental nerve is identified using 0.4 ml iohexol contrast dye, 0.5 to 1.0 ml lidocaine is slowly injected around the nerve. Overflow into the epidural space is avoided by 'real time' observation of the radio-opaque mixture (Figure 3). 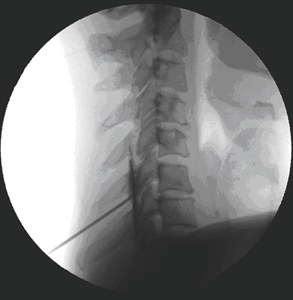 Figure 3. Antero-posterior view after injection with contrast dye. The needle and spread of the contrast dye can be seen.

Pain relief is kept under observation for 30 minutes after infiltration. A positive diagnostic block provides at least 50% pain relief.